I have always found moths interesting. Some are small, some look like they have eyes on their wings, some are plain white, some have such amazing colors, cryptic patterns, and can camouflage. Some moths are mistaken for a bird and one that is as large as your hand. When I discovered the last week in July was National Moth Week, I couldn’t 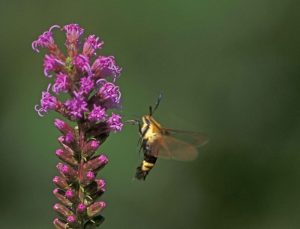 resist learning more about this event, about moths and sharing with you.

So, let’s start with a few facts and find out why they are important.

What are they called?

Moths belong to the same scientific Order of insects as Butterflies called Lepidoptera. By definition it is one of the most widespread and widely recognizable insect orders in the world. According to the science advisory board for http://nationalmothweek.org/about/ there are at least 150,000 moth species identified and described. But there are lots, LOTS (hundreds of thousands more possibly) that are still yet to be identified. Think of that, what if YOU could discover a new insect!

What is their life cycle?

Moths, like butterflies, undergo complete metamorphosis: egg, larvae (caterpillar), pupal covered in silk called a cocoon (chrysalis in butterflies), and adult. The word Lepidoptera comes from the Greek word lepis meaning “scale” and ptera meaning “wing”, so moths and butterflies have 4 membranous wings covered with scales made of chitin. These scale-like hairs produce all the amazingly different patterns and shapes we see on their wings. How cool is that, wings with scales!

If Moths and Butterflies are both insects, how can I tell a difference?

You’re right, they both have similar body parts, and have a long coiled proboscis (tongue) for sucking liquid nectar. Previously mentioned they both have 4 scaled wings, but the important difference is the antennae. All Butterflies have “clubs or knobs” at the end of their thin antennae, where most Moths do not. Moths can have one of 3 different types of antennae that are almost threadlike and only a select few that are knobbed.

Why should I care about moths?

Moths are important indicators that tell us about ecosystems. The more diversity of moths means the more diversity of plant species, which also means more diversity of other species. What does that mean? Different species of moths depend on different species of plant material to eat as caterpillars, which in turn are food for other species (both day and night organisms). And most importantly develop into adult moths to help pollinate night blooming plants. Then there’s the coolest thing that Moths have vast patterns, colors, and camouflaged to look like tree bark or bird droppings.

How are Moths Beneficial?

Most moths should be known for their role in the food web, especially food sources for birds, bats and rodents. Many songbird nestlings are dependent on caterpillars. Plus, 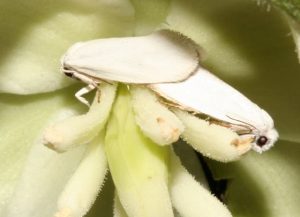 most white-flowered plants are pollinated by moths under the cover of night. Scents from moth-pollinated flowers may be exceptionally fragrant (e.g., honeysuckle, jasmine, and some orchids). According to https://www.sciencedirect.com/topics/agricultural-and-biological-sciences/lepidoptera , two families of moths stand out as pollinators. One is the hawk moths(Sphingidae: also known as sphinx moths), and the other is the noctuid moths(Noctuoidea; the largest family in the order and known as include Owlet Moths, Bird Dropping Moths and kin). Some of these moths even migrate long distances during the summer in North America.

Why NOT?! According to https://www.butterflyidentification.org/ , there are a total of 390 Identified Moths in North America, 352 of these are found in the state of Georgia, compared to 57 Georgia Butterflies. This number alone should be interesting enough, plus all those colors, patterns, antennae, camouflage, and the added bonus that kids can help you discover them without being bitten or stung, just greeted by a friendly furry creature that flies and has scales.

Thanks for Signing Up for Our Newsletter, we will email you our next issue and look forward to seeing you at one of our events or programs…..